Accueil » Expériences » On the trail of castles

Take yourself back in time by following the trail of castles.

No fewer than four spectacular castles await you, promising new and unique experiences.

Each has its own story, its own charm, and its own share of mystery.

The Château de Barbezieux is a medieval fortress dating from the 11th and 12th centuries, located between Aquitaine and Angoumois. It was first mentioned in texts in AD 1000.

The La Rochefoucauld family carried out major work on it in the 15th century. The entry castellum (Porte d’Archiac) and the ‘granges’ (barns) is all of what is left today of this immense castle estate.

It was converted into a cultural area in 2015, where you can learn more about its history during a guided tour.

A virtual visit through the ages :

Ask for a pair of headphones to immerse yourself in the virtual visit, which can be found at reception of the Communité des Communes and connect to this platform.

This castle, built on the headland over the town of Chalais and birthplace of the Talleyrand-Périgord family, is today owned by the famous comedian, Yves LeCoq.

Enter the main courtyard via the 15th century drawbridge, which is one of the last in France to work, and then go into the castle.

The castle has been entirely furnished by its owner, who is a fan of antiquities.

The tour guide will tell you facts and anecdotes about the family and revival of a castle. Don’t get lost when going through the secret castle passageways…

This exceptionally built castle, which is over a thousand years old, looks over the charming village of Villebois-Lavalette, a ‘Petite Cité de Caractère’.

After several years of renovation, its imposing enclosure with seven towers is at last revealing its secrets.
There’s something for all ages, as well as history lovers. 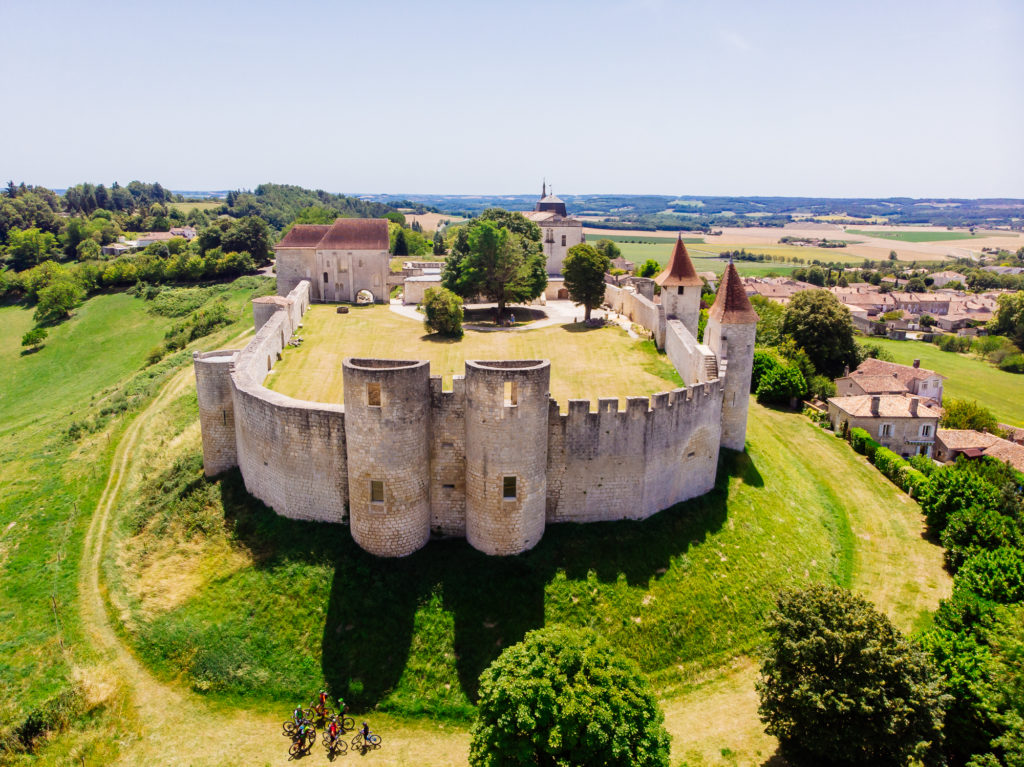 We recommend trying the escape game in the castle’s enclosure as a family.

The Château de La Mercerie, also known as ‘Little Versailles of Charentes’, stands on the hillside of Magnac-Lavalette Villars, full of mystery and majesty.

The dazzling white stone facade of this 220-metre-long castle, set in 50 hectares of greenery, has an almost Versailles feel.

This castle has an extraordinary history, during which the Réthoré brothers, the owners, had no limits and where nothing was too beautiful for it.

Thirty years of construction work was not enough to complete their gigantic project.

A human experience above all. Volunteers have taken over the ambitious project and continue to restore the castle.

They’ll help you to learn more about the castle and their work on this unique construction site, where everyone’s knowledge is useful.

Visit it once, and then visit it a few months later… It’ll have changed beyond recognition!