What if an underground world laid beneath us?  Follow the guide!

Let’s start with Aubeterre-sur-Dronne and the fascinating underground Église Saint-Jean. This impressively large church was carved into chalky rock from the castle in the 12th century. It’s 20 metres high.

Its extraordinary gallery, 18 metres above ground, gives way to an unobstructed view of the magnificent reliquary.

Deep in the depths of the church, the necropolis and 160 sarcophagi leave visitors in awe.

ot far from here, in the village of Gurat, the underground Église Saint-Georges was built in the same way as the one in Aubeterre-sur-Dronne, but is a little smaller.

This site still has so many secrets to be discovered, so researchers continue their work to excavate and carry out archaeological studies to learn more about it.

You can get there by walking alongside the stream from the washhouse, and by taking the small interpretive trail, you’ll learn more about the building and the Natura 2000 surroundings around it.

If so, continue your journey up to Saint-Émilion en Girond. This village is famous for its wine but is also home to an underground world and church, built by the same man as that in Aubeterre-sur-Dronne. Interesting, isn’t it?

Top tip: use the Pass Privilège and get a discount on entry to one of the two churches.

2- The Blue Lakes of Guizengeard

In 1975, industrial excavation of kaolin clay began here. We can still see the traces of this industrial activity, which stopped in 2013, which gives it a surprisingly landscaped appearance.

Nature has nevertheless taken over. The old clay extraction pits have now filled up with water, forming turquoise-blue lakes.

Vegetation and fauna are returning to this area, which is now a protected nature area where you can hike. Interpretive panels will guide you throughout route, forming two loops over 3 km.

To add a little more fun to your discovery, take the Tèrra Aventura geocaching trail and find the treasure!

We know you’ll love wandering around here but…

We’d like to remind you that you don’t need to bring your beach towel! The water is acidic and the lakes are very deep and dangerous.

Be respectful of the area and stay on the paths. Protected species live here and need peace and quiet!

We’re counting on you because protecting them is everyone’s responsibility.

The most intriguing of sites 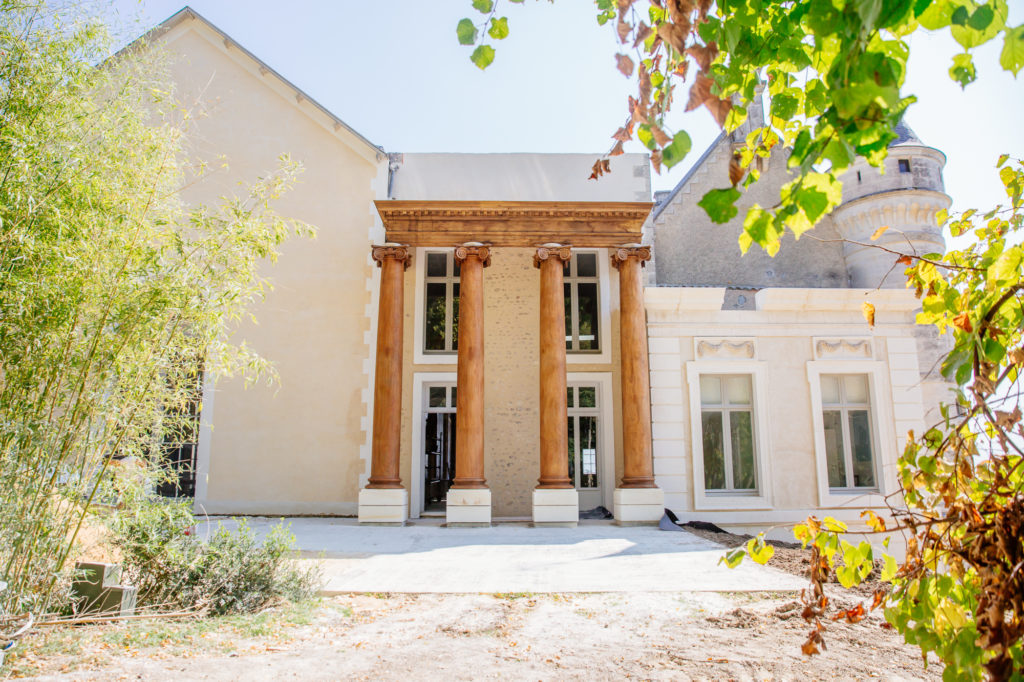 One day, two brothers decided to put their wildest dreams into action and build little Versailles in Charente…mad, isn’t it?

Thirty years of work that would not come to fruition. After the death of the two brothers, furniture and works of art were divided up and sold at auction.

The 220-metre wide facade set in 50 hectares of estate is quite incredible.

Today, the local council and an association have taken over this massive project. They hope that one day, the project will eventually come to fruition.

Another castle, you may ask. Yes, but it’s a different one! 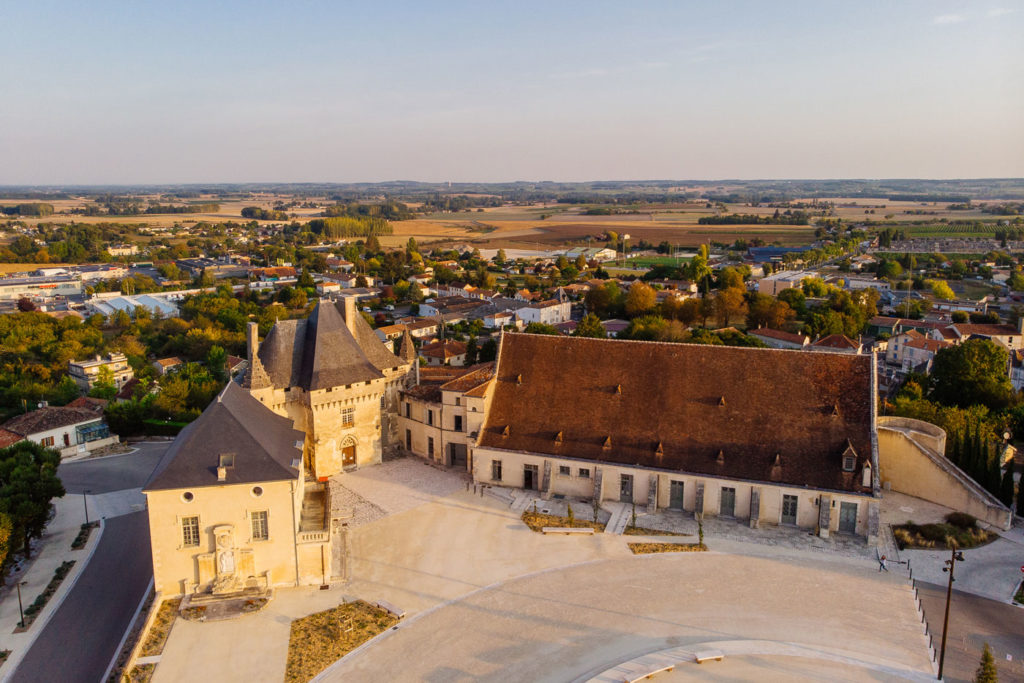 This medieval fortress dating from the 11th and 12th centuries was modified by the de la Rochefoucauld family in the 15th century. Only the castellum and the building known as the ‘barns’ still remain.

The castle has been transformed into a cultural centre, housing a new theatre.

The guided tour and the virtual tour will show you how the castle has changed over the years.

5- Chapel of the Knights Templar

A small chapel with big secrets

In the heart of the hills of Blanzacais, this chapel was built in the middle of the 12th century and belonged to the Commanderie du Dognon Knights Templar.

You wouldn’t think that behind its doors hides a masterpiece: frescoes depicting the Crusades. 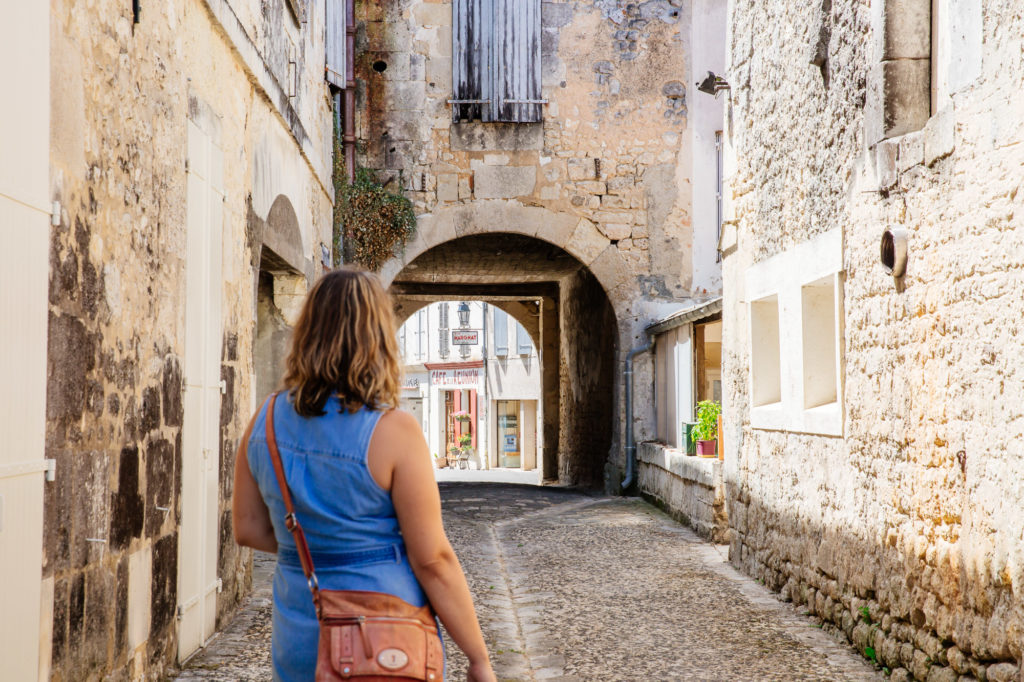 Cornuelles were invented by a baker at the beginning of the 19th century, where they accompanied pilgrims travelling on the Way of St. James, who would attach it to their canes to eat it as they went.

This traditionally springtime treat, which is eaten on Palm Sunday, can now be found in the village all year long. For those with a sweet tooth, there are all types of cornuelle for you: puff pastry, with crème pâtissière or strawberries…

Stock up before you wander around the village, a ‘Petite Cité de Caractère’, and visit the impressive medieval castle.

You can’t miss it! The Château des Talleyrand-Périgord towers over Chalais.

Enter the enclosure via the functioning 16th century drawbridge and let yourself be taken on a journey through the castle’s history, narrated by guides with wit and anecdotes.

Perhaps its new owner, the comedian Yves Lecoq, has something to do with it…go figure…

This visit is full of surprises, where time flies by.

Play prince and princess for the day! 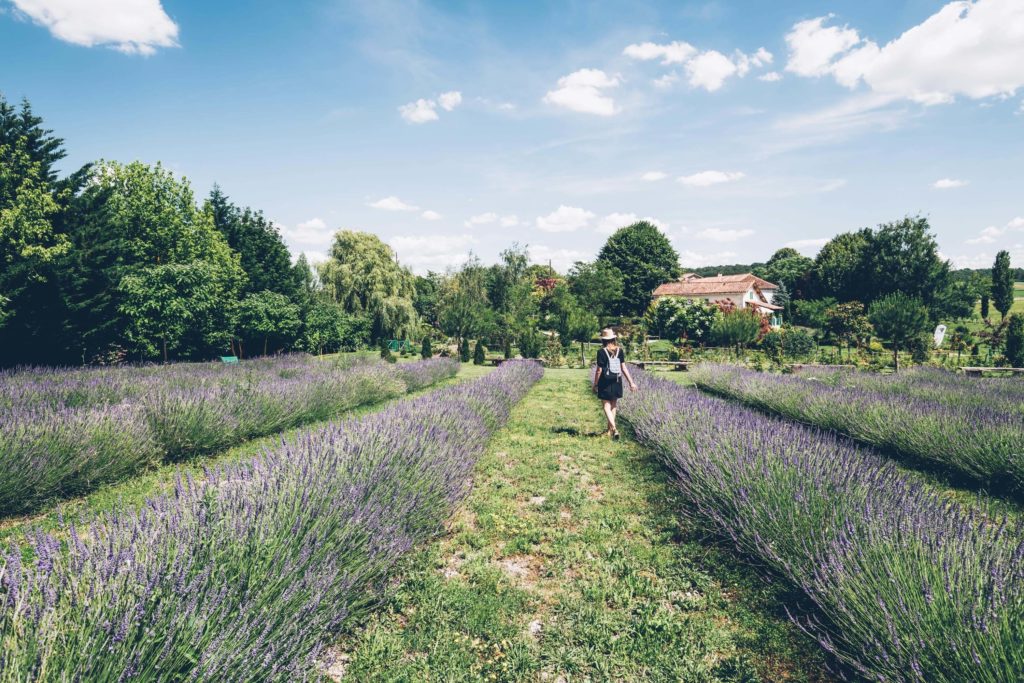 Enjoy a quiet moment in these romantic gardens where only the birdsong, wind and morning dew accompany you through the different themes and thoughts of the artists.

Take the time to relax in this two-hectare park, which is to be explored like an open book.

This Roman church is one of the most beautiful churches in South Charente.

Open the door to this building and admire its unique nave and sculpted chapel apse. On this, there are a lot of interlacing patterns of animals and vegetation.

This tiny gem in the middle of a field is well worth a visit.

Excavations revealed the remains of this former monastery of the Order of Grandmont. The church was restored.

Inside, you can see the beautiful contemporary stained-glass windows, though which the light that passes creates a true work of art.

En savoir plus
I