Paper chases and treasure hunts are the perfect way to explore historic and natural heritage in South Charente as a family.
Rack your brains to solve puzzles and find the hideouts hidden all over the area! Get ready for an adventure! 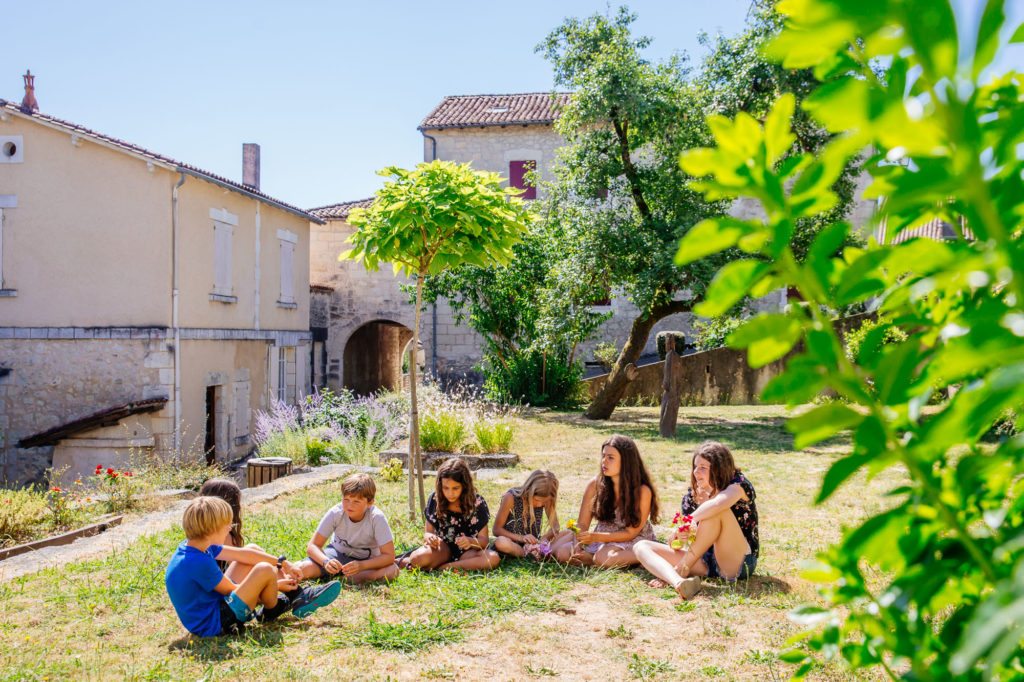 Have you heard about treasure hunts like Tèrra Aventura? This geocaching route is perfect for family days out. All you have to do is download the free app and choose your path according to your desired theme, duration, difficulty or location.

Your mission, if you choose to accept it: find the hideouts for the Poï’z, these fun and colourful characters, which take form of badges. Since summer 2020, to ensure peace of mind when playing, the hideouts were turned into QR codes to scan, which would then show the route’s Poï’z and the mystery word.
But before this, solve the puzzles and unlock all the steps. During this, you’ll also be visiting some of the most beautiful areas in the region, while also learning more about the rich local heritage.
There are five of these hideouts in South Charente. Can you find them all?

visit the old kaolin clay quarries, which have been transformed into a protected nature zone. The Tèrra Aventura route uses two interpretive paths: the Grand Bois du Marais and the Guêpiers.

Please note: swimming is banned in these lakess!

lift the curtain on the village’s mysterious antiques and explore the surrounding area, a Natura 2000 listed site, with lush, rolling valleys, and the castle that has been turned into an abbey.

visit the intriguing Chapel of Saint-Georges, an underground church, which was first mentioned in 1147, and is located on the Way of St. James.

This Petite Cité de Caractère® will take you on a path of discovery of the cornuelle, a small triangular shortbread biscuit with a hole in the middle and a delicate taste of aniseed. Don’t forget to visit the magnificent feudal castle and 17th-century marketplace! 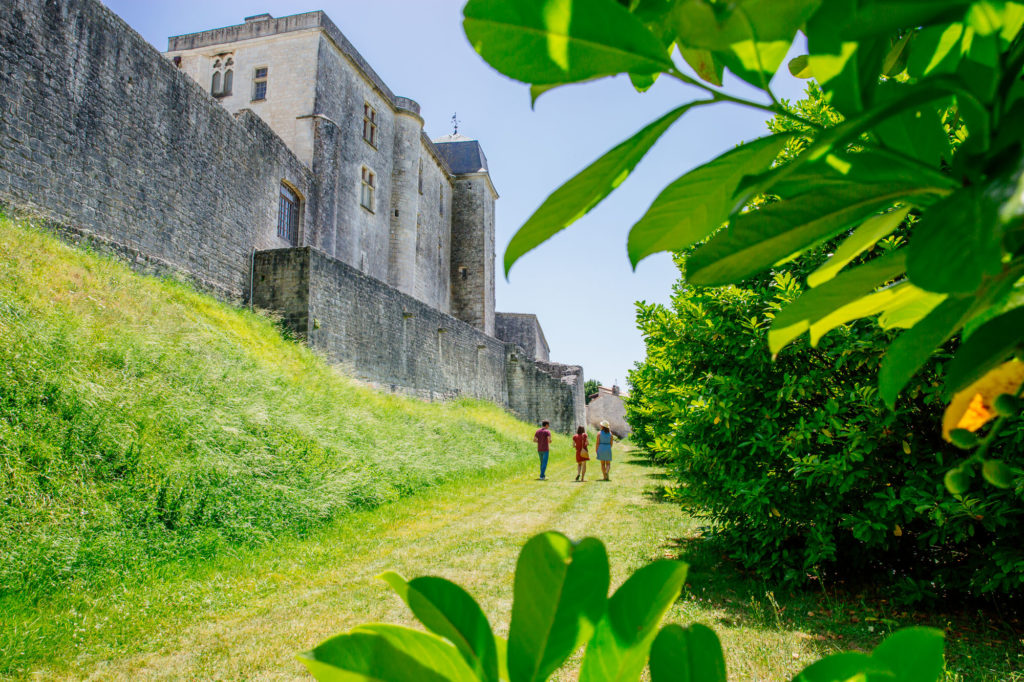 you’ll be walking in the footsteps of the many artists who came from there to reach the medieval castle, which has been transformed over the years into a theatre. 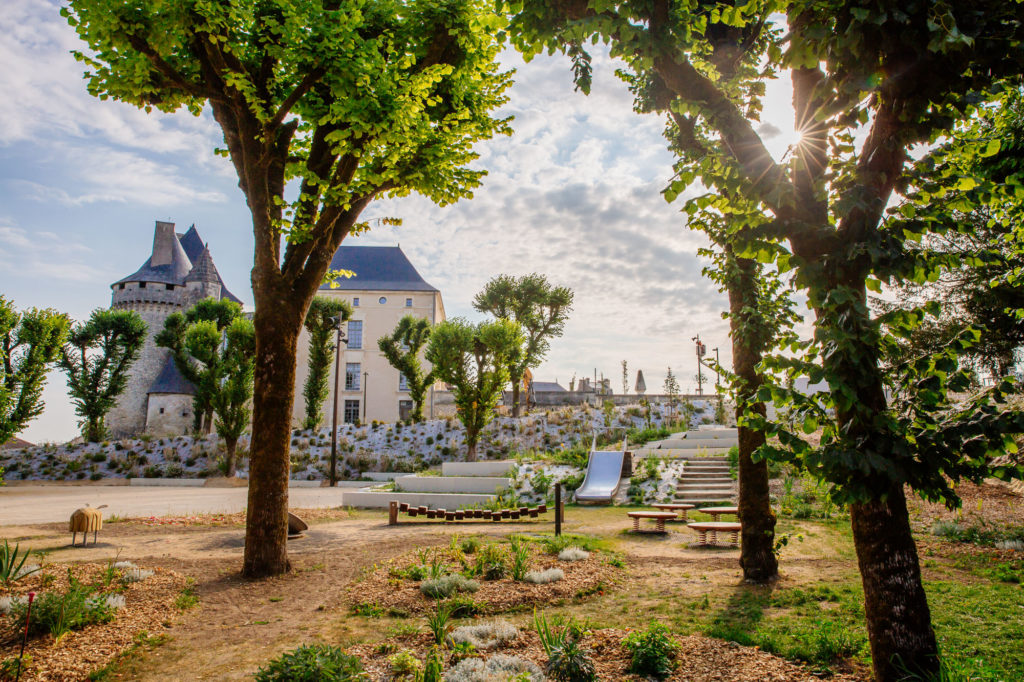 If you’re a fan of police investigations, join Inspector Rando on fun walks through three towns in South Charente – Barbezieux-Saint-Hilaire, Chalais, and Aubeterre-sur-Dronne – in pursuit of the treasures hidden in South Charente! 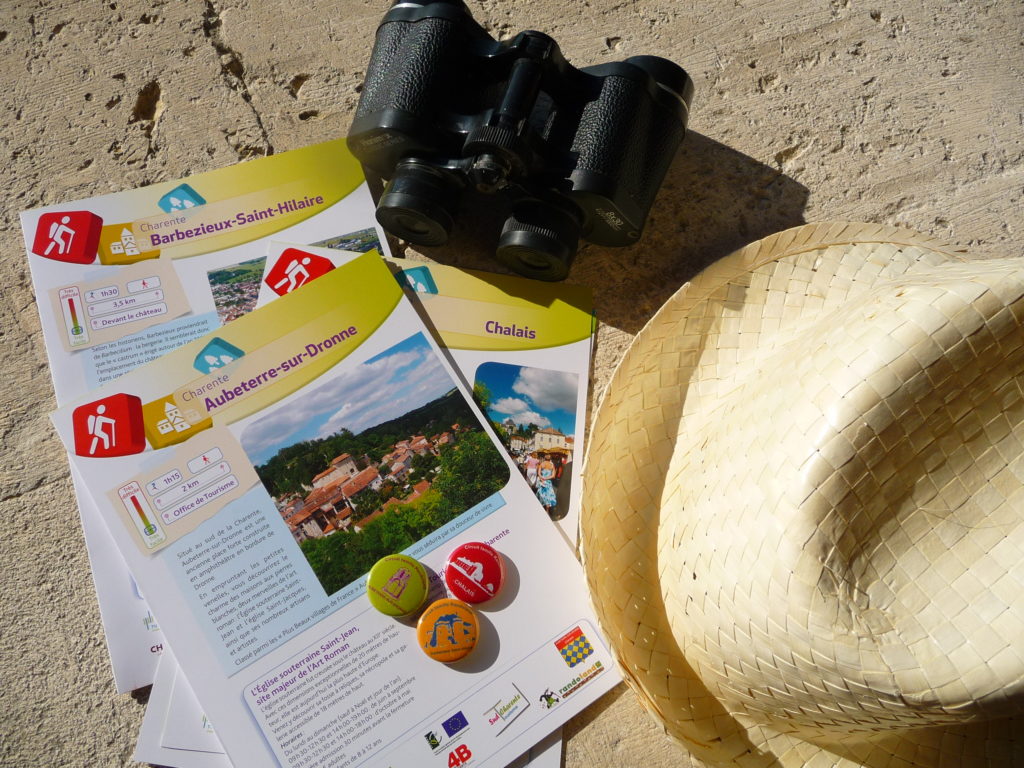 Chalais is the former estate of the Talleyrand family, which included the politician Charles-Maurice de Talleyrand-Périgord, a contemporary of Louis XVI, Napoleon I and Charles X. It’s a place of great historical interest, with a very fine cloister and an 11th-century protected castle rebuilt in the 16th century on a rocky outcrop, which now belongs to the comedian Yves Lecoq.

There is also a Randoland visitor circuit in Aubeterre-sur-Dronne, a village atop a steep hill that overlooks a branch of the river that is home to the most dizzyingly high of religious buildings, the underground Église Saint-Jean. 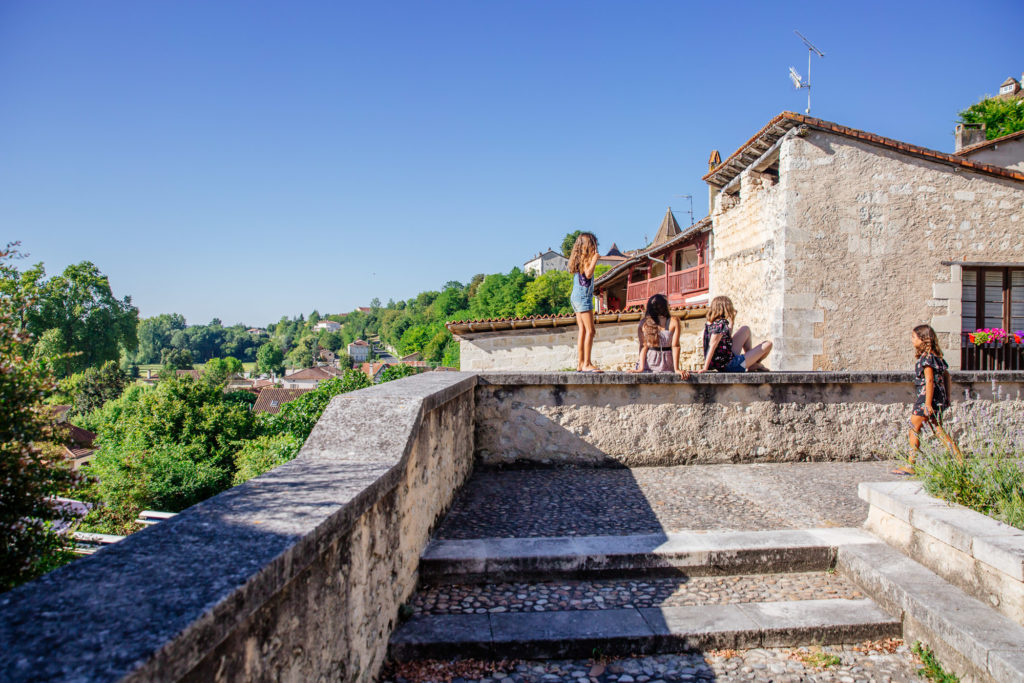 With its white houses, red-tiled roofs and small squares, Aubeterre is very typical of the South of France. Don’t miss the spectacular scenery that can be seen from Aubeterre, a Station Verte, Petite Cité de Caractère and one of the Plus Beaux Villages de France!

Play, explore and travel as a family!